On Thursday, as well as fitting in some shopping and wandering through town, I stopped in at the Fitzwilliam Museum for a look at their new exhibit, La Grande Guerre. It featured a collection of lithographs and woodcuts from the Great War, donated by the daughter of Cambridge’s own Gwen Ravarat, and arranged chronologically so that the viewer can see the change in tone as the war progresses. I found the exhibit very moving, and the thoughtful curation of the prints allowed the viewer to see the progression from complete nationalistic control of this military propaganda to letting in just the tiniest slips about the realities of the battles.

I was slightly surprised to see how the artists included quite a few images of the various cultural groups who fought in the war. There were the ‘Turks’, the Senegalese, Tunisian and Algerian troops who fought with the French, and ‘les Hindous’, the 1.5 million Indian soldiers who fought alongside the British. In fact, I am more than a little in love with that print, and brought home a small copy.

I lingered so long over the exhibit that I didn’t get a chance to have a wander through the rest of the museum, but I’ll be back. In one of those delightful jumps in time, I moved from the First World War to the Second, meeting Paul for drinks at The Eagle. 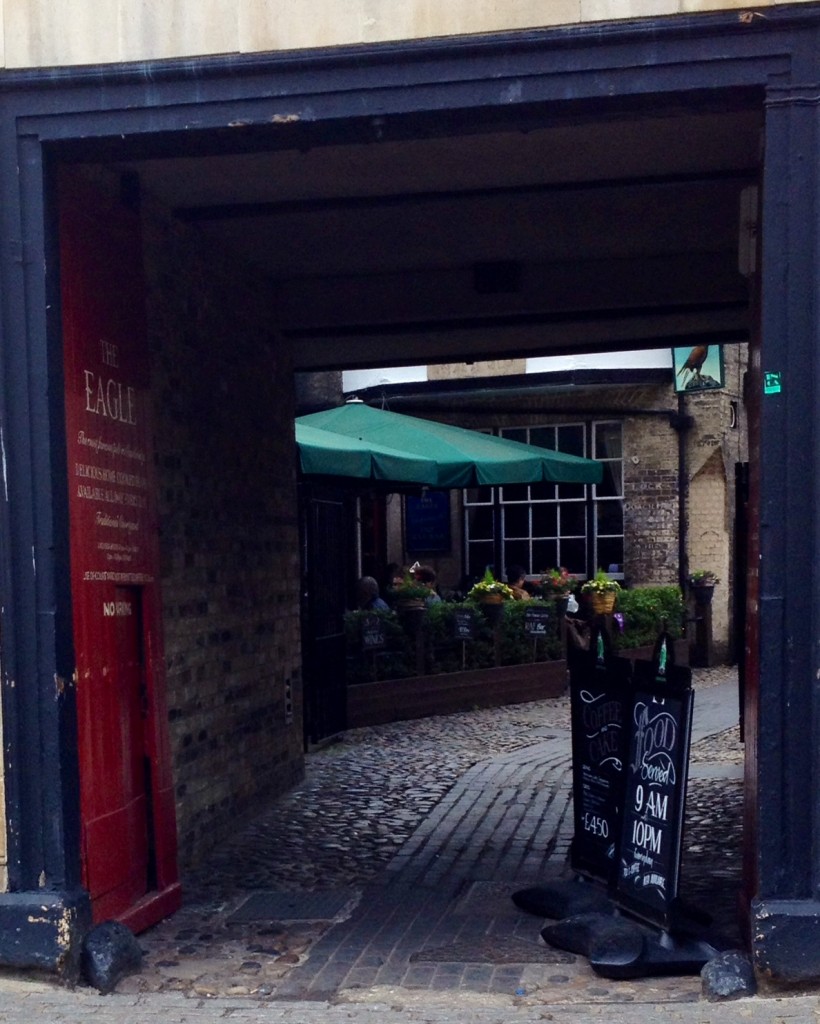 I’ve been meaning to visit The Eagle since I first heard about it — and it’s well worth hearing about! It was here where Watson and Crick celebrated the discovery of the structure of DNA (or, at least, where they drank to this discovery). Of more personal note, it’s also where the American soldiers stationed in Cambridge during WW2 used to drink. Fortunately for us, they left behind a bit of the past. In grand American tradition, the soldiers graffitied the ceiling of one of the rooms with their serial numbers and other messages. While the bar obviously caters to American tourists (odd hearing so many American accents in one room), it still has the feeling of a local pub, with students and faculty enjoying a quick after-work drink. We were lucky enough to squeeze into a booth in the back room, but there’s also a beautiful front room with glowing stove that must be gorgeous on a rainy winter’s day, and a few tables outside for a beer under the sun. Will definitely be heading back soon.

One of the reasons I was so excited to move to England was the ease of travel to so many places I wanted to visit and revisit. The reality, however, is that the intensity and focus of teaching means that, by the time holidays roll around, all I want to do is sleep. I’m getting a bit savvier about how I plan holidays now, with at least a few days to rest before jaunting off to see and do. 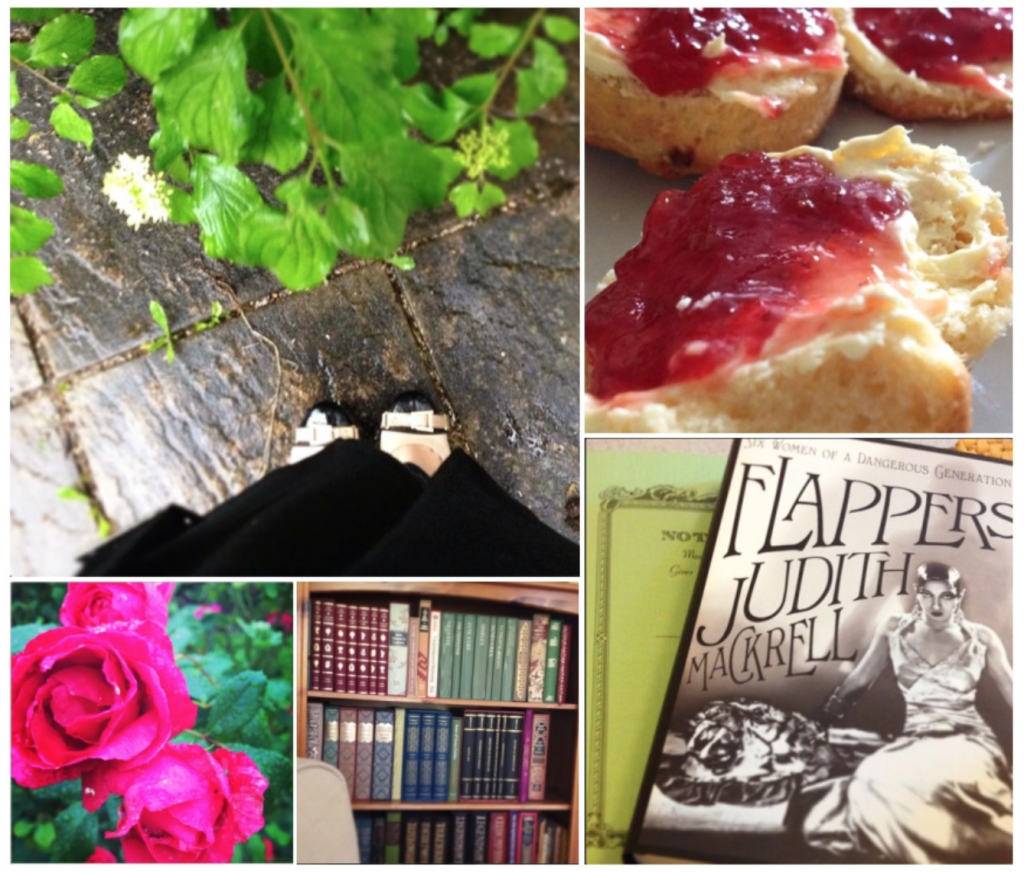 And while running to make a train to Cambridge immediately after school on Friday isn’t the smartest way to start my week off, I’ve basically spent the past five days resting and relaxing. I’ve spent time in the garden, read books, baked scones and cakes, had a fondue evening with Paul, watched films, knit on my seemingly endless Mitford sweater, chatted to family, made plans for the summer, and just had a lovely, leisurely week.